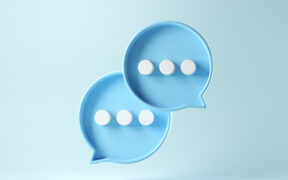 In academia as in every other aspect of life, effective communication is a key skill. And we must never minimize the importance of having this skill. Communication can either make or break a negotiation and ... 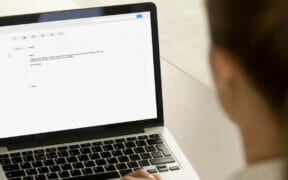 Leadership and Management
A Mindfulness Checkup for Your Use of Email
Laura G. McGee January 18, 2022

Department heads communicate in a wide variety of ways. Even as offices have adopted tools such as instant messaging, email is still a mainstay—love it or hate it. Email can be an efficient way for ... 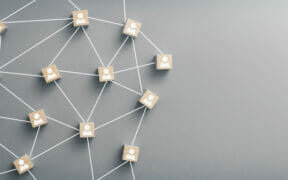 In March 2020, Coastal Carolina University joined hundreds of colleges and universities by moving to online instruction in the face of the COVID-19 pandemic. That move, along with shutting down most campus operations and managing ... 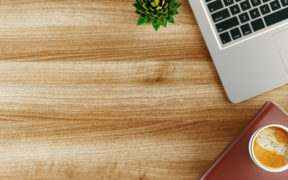 Leadership and Management
Increase Your Reach, Educate through Innovation: Blogging for Your Community of Learners
Elisabeth Frieda M. Schlegel February 15, 2021 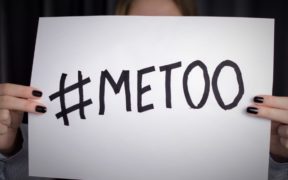 The #MeToo movement raised awareness as to the prevalence of sexual assault and sexual harassment in business, politics, and academia. Consider a few of the recent high-profile cases involving universities:

This article first appeared in The Best of the 2020 Leadership in Higher Education Virtual Conference (Magna Publications, 2021).

In academia as in every other aspect of life, effective communication is a key skill. And we must never minimize the importance of having this skill. Communication can either make or break a negotiation and resolve or escalate conflict. It can also make the difference between success and failure and in many cases raises one’s profile considerably.

Let’s consider two scenarios: one that was effective and one that was not. Strangely enough, the effective example did not actually produce the desired outcome but raised the credibility of the communicator considerably. The second, “poorly worded” case caused a great deal of embarrassment to the communicator but ultimately resolved the problem at hand.

You are being extremely generous in offering me an orchard full of apple trees. There are a lot of advantages to apple orchards . . . think of all the pies and applesauce and baked apples you can have!

But I really want ONE ORANGE TREE because I need to have orange juice . . . I need that tree. I would happily agree that you can give me fewer apple trees in exchange for that one orange tree.

You see . . . you cannot get orange juice from an apple tree!

Case 1 highlights a request that I personally made several years ago for a particular type of hire for what was then a school of computing of which I was director. The request was denied, but the powers that be were so impressed by my creative request that they ultimately gave me more than I expected.

You have alienated the rest of the department with your meddling and destructive behaviors.

It has become so difficult to work with you.

I will continue to work with you when needed but want no further contact with you unless absolutely necessary.

Case 2 is an example a colleague provided of a poor way of communicating. A chair sent it in an email to a faculty member after growing frustrated with that person’s behavior. The dean needed to get involved, and the situation escalated much more than it needed to. Ultimately, the meddling did stop, and collegiality was restored, but it took a great deal of time.

Although the dean understood why this message was sent as an email, the dean pointed out that a chair needed to stick with facts and not editorialize. Oddly enough, even though this was a very poor example of self-expression, the situation did eventually improve considerably and has remained on neutral ground.

Here are some strategies that I have found useful for effective communication:

Solving problems . . . sooner rather than later

Handing complaints from faculty or staff

Three of the best students in the program come to you separately with complaints about one of your faculty’s classes. All three are hard-working, high-achieving students whom you know personally from classes you have taught them in.

They complain that the professor plays favorites, seeming to favor those from a certain ethnic group, and considers these three individuals disruptive and inconsiderate and tells them so. You speak with the professor, tactfully asking whether there any issues with the class. The professor responds that he enjoys the class, the differences in viewpoints in it, and composition of it. He commends the three students who came to you. You have a positive relationship with the professor and have not encountered these types of problems before in dealing with said professor.

What do you do next?

Do you do anything?

Having used this scenario in many of my workshops, most attendees have indicated that they would keep an eye on the situation but not step in just yet. Some suggested that the chair discreetly speak with some other students in the class to get their perspective (maybe not a good idea!).

As leaders, we all make errors in judgement and sometimes feel the need to backtrack. It is perfectly acceptable to admit this both to yourself and others involved in the communication (whether to someone who reports to you or someone you report to). We are human, have bad days, and sometimes also need to reflect on a situation before we act and communicate. It may be best to acknowledge a problem immediately but also take a bit of time before offering a response or suggestion. Listening is an extremely vital component in the process of resolving conflict and it is often the missing piece in any communication effort.

Chu, D. (2012). The department chair primer: What chairs need to know and do to make a difference. Jossey-Bass.

Domenick J. Pinto has been director of the master’s in computer science program at Sacred Heart University since 1998. He has been with the university for 45 years and for 31 of them served as chair of the Computer Science Department and then director of the School of Computing. He twice served as president of the UAA (the faculty governance organization) and will again serve as president in 2021–2022.