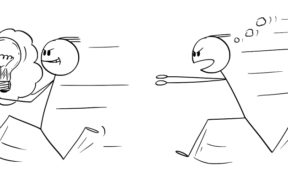 Academic leaders are responsible for obtaining value from innovations developed at a university. Importantly, innovation value can vanish when there is an inadvertent disclosure of an invention. A hallmark requirement for patent protection is an ... 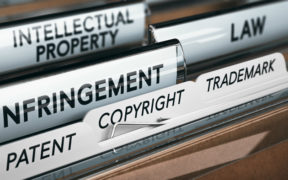 Academic institutions train many of the innovators who solve problems and thereby fuel the global economy and improve the human condition. Professors at those institutions make important discoveries with compelling impacts on cultural and industrial ...

Academic leaders are responsible for obtaining value from innovations developed at a university. Importantly, innovation value can vanish when there is an inadvertent disclosure of an invention. A hallmark requirement for patent protection is an invention’s novelty. Many countries have absolute novelty requirements. What happens if a discovery is published or otherwise disclosed before a patent application is filed, and the so-called cat is out of the bag? What value can the university salvage?

Grace periods do not apply when an independent third party makes a disclosure. A grace period will not protect an invention if a third party’s independent creation and disclosure precede a patent filing. In competitive fields, therefore, it truly is a race to the patent office.

Grace periods, where available, vary by country and typically last for six or 12 months. There are at least two methods for calculating grace periods.

Where can I file once the cat is out of the bag?

The World Intellectual Property Organization offers a useful summary of grace periods applicable to patent filings. That summary demonstrates that there is no uniform law or rule, particularly in view of the types of disclosure permitted. Thus, you will need to work closely with your patent counsel to assess whether a potential grace period applies to each specific prior disclosure and facts. Your patent counsel may need to work with attorneys in each of the relevant jurisdictions where a grace period might apply.

Is the cat really out of the bag?

It may still be possible to obtain valid patent protection in countries without grace periods or where a grace period has ended. An invention remains novel if the information publicly disclosed does not enable a person of ordinary skill in the relevant art to perform the invention without undue experimentation. Whether disclosure is enabling depends on the facts of each case. If the early disclosure does not provide enough details to make and use an invention, then the earlier disclosure may not be prior art after all.

Also, even when the broad invention is disclosed, significant value may be found in subsequent innovations. Innovation often begets more innovation, and patent protection may be available for subsequent inventions. So, when working with a disappointed inventor who made a public disclosure, encourage them to seek protection for improvements.

Academic leaders should review intellectual property policies, educate institutional employees, and require contractual confidentiality obligations with third parties to ensure that inadvertent disclosures are prevented. Then, when accidental disclosures happen, they can evaluate why and how the institution can better safeguard its procedures for preserving inventive discoveries.

Ryan Marshall, JD, is a seasoned life science patent lawyer located in Salt Lake City at Brinks Gilson & Lione, with experience in the pharmaceutical, biotech, chemical, and medical device industries. He is known for his thoughtful and creative approaches to address complex intellectual property issues, whether in litigation or in procurement.