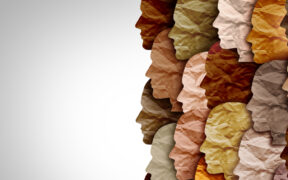 While diversity, equity, and inclusion (DEI) and anti-racism efforts are well intentioned, they continue to miss the mark and evade institutional transformation. One reason is that whiteness often goes unaddressed. Whiteness is largely ignored and ...

While diversity, equity, and inclusion (DEI) and anti-racism efforts are well intentioned, they continue to miss the mark and evade institutional transformation. One reason is that whiteness often goes unaddressed. Whiteness is largely ignored and misunderstood by college and university leaders and has, as a result, is not included in DEI efforts or the institutional transformation lexicon. Omitting whiteness in conversations about institutional operations has stymied systemic change. No effort to advance DEI and anti-racism without locating, understanding, and eradicating whiteness can ever fully succeed.

What is whiteness? The answer is a complex one. The meaning of whiteness transcends beyond a racial category or a trait; it is at the core of systemic racism. It can best be understood as a system of habits, actions, and structures that disproportionately benefit white people. Whiteness structures the social order so that it disadvantages nonwhite groups and advantages white groups and other groups who decide to assimilate. As a primary driver for social injustice and institutional inequities, whiteness is a constitutive element of higher education and thus affects even well-meaning policies and practices (see Ebony and Ivy by Craig Steven Wilder and Whiteness, Power, and Resisting Change in US Higher Education by Kenneth Roth and Zachary Ritter to follow this argument in the context of higher education).

The primary purpose of this article is to help leaders locate and question whiteness by describing the elements supporting whiteness and present-day examples of how these elements manifest in higher education today. Locating, understanding, and questioning are necessary first steps. The ultimate mission, however, is for leaders to courageously disrupt whiteness on their respective campuses and rethink institutional operations in more equitable and humanizing ways.

Below, I review three key areas of whiteness—settler colonialism, complicity, and the white gaze—and illustrate how they are present on campuses.

In the simplest terms, settler colonialism refers to the extraction of labor and resources, the displacement and disappearance of Black and Indigenous peoples, and the expansion of physical space and, subsequently, power and prestige—at the hands of white people and those who aspire for and have investments in whiteness. Settler colonialism seeks to preserve a distinct way of life that would only thrive and remain powerful through violence, both physical and nonphysical (e.g., emotional, psychological), against Black and Indigenous peoples. Settler colonialism is a particular form of colonialism that is characterized by permanent occupation and total control. The United States is one identifiable example of a settler colony, as illustrated by its continued control of land once occupied by Native peoples and the historical uses of slavery to build the nation state. Settler colonialism is thus entangled with the subjugation and forced labor of slaves.

An example of settler colonialism on campus is the disproportionate labor expectations placed on Black faculty and staff, especially when it comes to temporary leadership roles (e.g., serving in interim positions and chairing committees). This distinct type of colonial labor seeks to use the presence and genius of Black people to perform inclusion without giving Black people a sense of real power within the institution. Temporary power reinforces people of color’s status as workers, not owners, and does nothing to create structural changes that redistribute power to victims of settler colonialism; nor does it disrupt and eradicate whiteness and white supremacy. It instead maintains the status quo. Inclusion, then, becomes a performative action with no real material benefit to people of color.

Another example of settler colonialism is the erection of new and shiny facilities (i.e., football stadiums) meant to attract prospective students and community members for increased profit. If leaders continue to prioritize land expansion by way of new facilities like sport complexes and stadiums, they actively reinforce settler colonialism, and DEI and anti-racism initiatives are likely to become deprioritized because they do not garner the same financial return. Consequently, goals around increased access and improved student success outcomes for minoritized groups fade or lessen in importance.

Eve Tuck and K. Wayne Yang’s article “Decolonization Is Not a Metaphor” offers a succinct introduction to the idea of settler colonialism. For further reading on settler colonialism in higher education particularly, see No Study Without Struggle by Leigh Patel.

Complicity means employing a conscious ignorance about issues of race and racism, therefore detaching responsibility from dismantling systemic racism and other forms of oppression. Complicity also takes the form of saying and knowing rather than doing, of witnessing rather than acting. Those who attempt to call out complicity often risk forgoing their positions of power and privilege. With this in mind, beneficiaries of whiteness and white supremacy are motivated to act in symbolic ways that dilute the severity of issues around race and racism.

The examples of complicity in higher education leadership are plentiful. Some examples include leaders knowingly displacing communities, primarily communities of color, to expand the physical campus space (e.g., Columbia University’s expansion into Manhattanville). Here, leaders are complicit in the displacement that settler colonialism requires. There is also a continued lack of awareness and acknowledgment regarding past wrongdoings and an unwillingness to engage in conversations about reparations that make leaders complicit in maintaining a status quo rooted in white supremacy. Lastly, leaders address the campus community in regard to issues of racial injustice by explicitly stating what the institution is for (i.e., diversity, equity, and inclusion) rather than what it is against (i.e., racism, white supremacy). When they do so, leaders remain complicit in ongoing acts of violence that disproportionately affect marginalized communities.

For further engagement on the concept of complicity, I recommend reading Being White, Being Good by Barbara Applebaum.

The white gaze is the imagination and conceptualization of the world and our collective possibilities through the lens of what is acceptable and palatable to white people and whiteness. The white gaze sets the standard and creates the boundaries for how and to what extent society and its institutions can change.

The influence of the white gaze in higher education leadership is evident in conversations regarding strategies for fostering systemic change toward equity and the eradication of racism on campuses. Recent studies (e.g., Tichavakunda, 2021) have shown that senior leaders are often interested in pursuing strategies that focus change efforts on racial symbols (i.e., changing names on buildings, removing statues, creating chief diversity officer positions) rather than initiating larger structural reforms, necessary policy changes, and power and resource shifts. It is worth noting that these changes often follow from members of the campus community protest. While the removal of statues is necessary, these symbolic leadership actions—which we can conceptualize as policy distractions—are constructed according to the white gaze, which narrows the scope of palatable change efforts to those that do not materially threaten the status quo of white supremacy. The management of racial symbols through efforts to rename buildings or remove campus statues does not contribute to the deep structural changes (e.g., curricular reform, the establishment of new accountability metrics) needed to dismantle oppressive systems. The cosmetic nature of these reform efforts is exactly what makes them permissible (although not entirely uncontested) within the white gaze.

It is now more important than ever for leaders to break the patterns that perpetuate whiteness in higher education. I conclude with a few questions that would be particularly helpful for leaders to decenter whiteness and make more equitable and humanizing decisions:

Jordan Harper is a research assistant at the Pullias Center for Higher Education and a PhD candidate in the urban education policy program at the University of Southern California, Rossier School of Education.