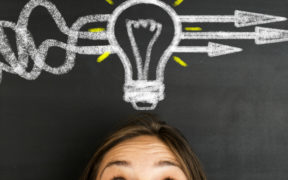 As budgets tighten at colleges and universities, academic leaders are repeatedly urged to be more entrepreneurial in their approaches. “It’s time to think outside the box,” we’re told. “Be creative. Be daring. Be innovative.” But ... 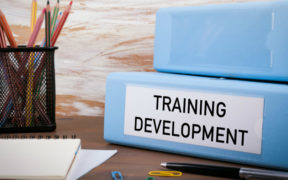 In Part 1 of this article, I discussed the four-stage Kirkpatrick Model of assessing leadership training programs. In Part 2, I examine why this model has been criticized and how a more effective assessment model ...

With all the investments that colleges and universities make in trying to develop their academic leaders—sending them to conferences and workshops, creating their own in-house professional development programs, assigning new leaders to mentors, and so ...

Creating a successful academic leadership program at a college or university requires first knowing what skills, practices, and attributes you need to develop in current and prospective leaders and then structuring opportunities to provide that ... 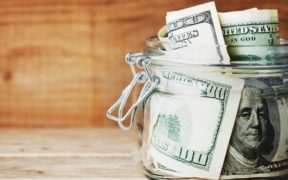 Undoubtedly, the way in which higher education is funded has changed significantly in recent years. One study done by The Chronicle of Higher Education demonstrated a steady decrease from 1987 to 2014 in how much ...

As budgets tighten at colleges and universities, academic leaders are repeatedly urged to be more entrepreneurial in their approaches. “It’s time to think outside the box,” we’re told. “Be creative. Be daring. Be innovative.” But ...

Although academic leaders have looked to the promise of a “paperless office” for many years, that future vision never seems to materialize. While it’s true that many forms of communication that appeared in hard copy ...

There are several reasons why every academic leader should have a succession plan. First, although it’s unpleasant to think about, we’re all mortal. If something terrible should happen and we should die suddenly or be ...

Leadership changes in the upper administration can be stressful for chairs and deans. We’ve all seen situations in which a new chancellor or president arrives, and between six months and a year later, there’s an ...

As budgets tighten at colleges and universities, academic leaders are repeatedly urged to be more entrepreneurial in their approaches. “It’s time to think outside the box,” we’re told. “Be creative. Be daring. Be innovative.” But what do you do if you’re not a naturally innovative person? Or how can you be creative if the people who work in your area rarely seem to display much creativity? In short, can innovation be taught? And even if it is taught, can it be learned?

In its most general sense, innovation is the ability to identify new or unexpected patterns and possibilities. For this reason, anyone—even the person whose thoughts seem to gravitate to the tried and true, outmoded, and familiar—can learn to become more innovative if the conditions are right. Our task as academic leaders is then to provide the right conditions. As the Dutch visionary Alexander den Heijer observed, “When a flower doesn’t bloom, you fix the environment in which it grows, not the flower.” In much the same way, fostering innovation isn’t as much about teaching individuals as it is about creating a climate where new ideas are welcomed and explored.

The first impediment to innovation is self-censorship. People tend to think that their ideas aren’t worth sharing. It’s similar to what we observe when children first start to draw or play a musical instrument: if their initial attempts are praised, no matter how rudimentary they may be, they tend to continue and eventually get better; if their initial attempts are mocked, they quickly assume that they’re “just not good at this” and stop trying. As the two-time Nobel Prize-winning chemist Linus Pauling once observed, “If you want to have good ideas, you must have many ideas.”

If you’re working with individuals in a program that has not previously been known for its creativity, don’t be too dismissive of their first efforts to think in new ways. If you criticize those attempts too harshly, you eliminate any likelihood that better ideas will come along later.

The second impediment to innovation is perceived external censorship. People say things like, “We can’t do that because the policy says we have to do it this way.” As academic leaders, one of our primary roles should be not just to impose the rules when we have to but also to relax the rules whenever we can. Ask “What if?” and “Why not?” questions frequently. Eliminate red tape to whatever extent you can. Go over the policies in effect in your area and phase out any that no longer seem to be serving a useful purpose. Get permission for exceptions from your supervisor. Remember that an academic leader’s chief responsibility is to be the chief exception maker, not the chief rule enforcer. If the job were simply to cite the policies, your job wouldn’t be necessary. All the school would need is a policy manual and a list of sanctions for refusing to follow it. People are more innovative when they don’t feel constrained by lots of rules and restrictions. Clear their path toward progress.

The third impediment to innovation is fear of failure. But innovation is fostered by academic leaders, not academic managers. Allow people to take a chance every now and then. But remember, in order for a calculated risk to be defensible when challenged by naysayers, it must first be calculated. Never take a risk on something you can’t afford to lose. (It may be a good idea to risk your entire marketing budget on a new advertising strategy in the last quarter of the fiscal year, but not the first.) Never take too many risks simultaneously—if none of them pan out, you’ve got a disaster; if your results are successful, you may never really know which risk worked out the best. Always have a Plan B in case Plan A ends in failure. And always have a rationale in case you’re challenged about the wisdom of your strategy.

The fourth impediment to innovation is uncertainty. If we knew for sure that an idea was going to yield good results, we wouldn’t hesitate to implement it. But the uncertainty of whether we might look brilliant or foolish for embarking on a plan can paralyze some people. So even though it’s unwise to take more than one risk simultaneously, it can often be beneficial to conduct more than one experiment simultaneously. As the saying goes, “Dip your toe in the water before plunging right in.” We do something similar in higher education all the time. We run a course (or even several variations of a course) under a Special Topics designation before permanently changing the curriculum. We hire someone (or even several people) on a temporary basis before we issue an ongoing contract. So if you’re uncertain about an idea, offer it “adjunct” or “visiting” status before you “tenure” it. Try a short trial run, tweak the idea on the basis of your results, and then decide whether to implement the idea in a more expanded manner, revise it yet again, or abandon it entirely.

Some people work well under tight deadlines and when there’s a great deal at stake. But most people don’t. They become unwilling to try something new or even to feel free enough to think of something new when they’re operating under great stress. So do whatever you can to eliminate unnecessary pressure. Distinguish carefully between when sanctions for missing a deadline or failing to reach a goal are truly necessary and when the results are merely annoying, even though no great harm is done. Look at your work environment and try to determine where harsh lighting, cluttered desks, stark white or industrial gray walls, metal furniture, unattractive wall décor, and other elements are conveying an image of “this is a place of efficiency and toil” instead of “this is a place of creativity and innovation.” Consider how the tone of your own voice or the style of your own email messages may be producing the sort of stress that stifles experimentation and freedom of thought. Redefine your role as someone who helps others achieve their goals (even their dreams) instead of as someone who just gets the job done on time and under budget.

In short, it’s unlikely that a previously uncreative person will suddenly become innovative because of something that you teach or a technique that you develop. But by rethinking what it means to be an academic leader, you can create an environment that, over time, begins generating first ideas, then good ideas, and finally great ideas. If we want others to become more creative and innovative, we must first lead creatively and innovatively.

Jeffrey L. Buller is director of leadership and professional development at Florida Atlantic University and senior partner in ATLAS: Academic Training, Leadership & Assessment Services. His latest book, the second edition of The Essential Academic Dean or Provost: A Comprehensive Desk Reference, is available from Jossey-Bass.

This article first appeared in the November 2016 issue of Academic Leader. © Magna Publications. All rights reserved.