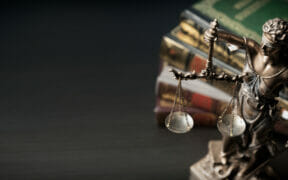 Campus leaders face real challenges when it comes to supporting their goals of social justice and equity. The sociopolitical conditions in higher education today present major and unique challenges to equity and social justice; these ...

Campus leaders face real challenges when it comes to supporting their goals of social justice and equity. The sociopolitical conditions in higher education today present major and unique challenges to equity and social justice; these conditions continue higher education’s history of enabling privilege to groups who already have it and allowing—even facilitating—injustices (Kezar, 2010).

Academic leaders are rarely familiar with the historic forces that have embedded inequity into higher education, making it challenging for them to appropriately engage in conversations about cultural legacies and reparations or to understand and undo problematic practices and policies. The historical legacy ranges from slaves building campuses to public policy funding supporting the wealthiest institutions and the least funding going to open-access institutions that serve the most diverse student bodies. It is manifest in campuses maintaining their market share and attracting financial resources by pursuing prestige through research and athletics, oftentimes deemphasizing teaching and learning and undergraduate education (Kezar et al., 2005). Resources often flow to prestigious departments and colleges such as business schools, while schools of so-called “pink-collar occupations” like social work, nursing, and education receive limited funds and support. On many campuses, academic affairs has been siloed from student affairs. Administrators in training need to be aware that this division, along with the historical tendency to accord academic affairs more status than student affairs, renders decisions that do not always support student success. Another way that campuses have historically organized in ways that undermine social justice is through their relationship with their local communities. Studies of town and gown show how wealthy campuses in particular have often exploited surrounding neighborhoods.

Additionally, administrators are often unknowledgeable about neoliberal forces that are furthering inequitable conditions on campus. Since the 1980s, economic principles have taken over as the driving value system for many administrators, derailing social justice goals especially prevalent in the 1960s–1970s (Kezar et al., 2019). The neoliberal value system driving campuses focuses on revenue generation, finances more generally, efficiency, and technocratic concerns and solutions. A corporate orientation to all campus operations has become increasingly prevalent and is reflected in actions ranging from outsourcing staff positions in functional areas like resident halls and janitorial services, casualizing labor, reducing worker benefits and support, treating students as customers, downsizing unprofitable majors, and commercializing research. Campus administrators face unprecedented pressures around cost-cutting and revenue generation given the decline in public finances but also the general perception that higher education is not cost effective.

My colleague Julie Posselt and I have labeled the ways these pressures infiltrate administrators’ mindset as “the neoliberal psyche.” This psyche presses administrators to perceive that they have little time and must make decisions immediately, thus limiting two key strategies for democratic decision making: reflection and dialogue. Administrators report being ever more harried and in a constant state of crisis, running from one emergency to another. Campus cultures support and reward quick and efficient decision making as well. Promotions are afforded to administrators who are decisive. This neoliberal notion of time as limited is articulated as part of a productivity model, but it can also be seen as a way to prevent administrators from thinking independently or acting with intentionality.

Administrators should resist and see that a neoliberal way of operating is neither necessary nor desirable. Campuses leaders should embrace a different value system that centers on social justice and equity, and they can abide by an ethic of wisdom and mindfulness. They should shed this neoliberal psyche, but it will require a conscious and deliberate reorientation to administrative work. It starts by acknowledging that academic leaders have tacitly absorbed a value system that is so prevalent that it can be difficult to even recognize. Revenue generation, efficiency, technology, and marketing and branding need not define the values for administrative work. Few higher education administrators begin their careers intending to advance corporate interests at the expense of equity or student opportunities. Without an alternative to the neoliberal mindset, however, it can become all too easy to slip into such modes of action and decision making.

There are four ways to reverse this trend and stand up for social justice and equity:

Mindfulness as an administrator involves slowing down thought and engaging in reflection as a precursor to administrative practice. Mindful administrators are more likely to explore the ethics of the situations in which they find themselves. They are more likely to seek out additional information before making decisions or acting and to see the uncertainty and potential flaws in their positions and those of their colleagues. Mindfulness also suggests reflecting on and learning from past decisions and actions—both one’s own and others’—and reflecting on what went wrong, with the goal being to recognize decisions and actions that lead to inequalities and thus to remedy the situation in the future. Mindfulness also reduces focus on past or existing structures to free a thinker to be more creative and imagining new possibilities. This ability to free oneself from existing frameworks is important as many of our current structures reflect inequalities, and a dearth of alternatives to the status quo is a common excuse not to change. Wisdom is focused on what is good for the collective, and it involves weighing a multitude of factors and being sensitive to the interests of others. It also characterized by a focus on the long term rather than immediate outcomes. It is a dispositional skill that requires ongoing reflection. A focus on wisdom also relies on moral and ethical reasoning, which pave the way for considerations of justice and equity. I recommend that administrators ask themselves the following questions as they draw on mindfulness and wisdom to routinize considerations of equity and justice: Is my decision or practice based on my latest or old patterns of thinking? If there are competing equity and justice interests, have I examined several tools to weigh these interests, including data, conversation, and outside perspectives? Can I provide examples of decisions and practice from this last week or month that reflect new thinking patterns about equity and justice?

Clear understandings of equity and justice

A critical step for administrators is to develop, articulate, and enact views of equity and justice that are not only targeted enough to address the real needs of specific populations and the social hierarchies in which they are embedded but also expansive enough to reach across multiple hierarchies. In Julie and I’s book Higher Education Administration for Social Justice and Equity (2019), we offer several ways to think about and develop such definitions to guide institutional actions.

Critical consciousness about the role of power

Within organizations of all sorts, power is a constant that organizes relationships and processes, usually in ways that support hierarchies and inequalities instead of empowerment and workplace democracy. Without administrators’ constant vigilance about power, its misuse, and the interlocking systems of power associated with identities and social statuses, power asymmetries are likely to be present, either on purpose or as the result of a blind spot. Socially just leadership means being aware of the way power shapes administrative structures and cultural—and working to dismantle these structures when power operates oppressively. Our policies and practices are not neutral. For example, even ostensibly race-neutral policies rarely function as such in practice. Common structures and administrative processes are raced, gendered, classed, and built on systems that favor certain groups over others.

Students are too often not a central factor in practice and judgments at most institutions. McNair et al. (2016) offer a vision for organizing campuses around students in their book Becoming a Student-Ready College. They call on administrators to reject a student-deficit model for understanding outcomes and call for creating a new culture of leadership focused on student success. To orient toward students, administrators can ask themselves questions such as these: How are students’ interests related to decision I am making? Are students a focus of the process, program, or policy I am developing? How will students (from various backgrounds) be shaped by this practice? What student needs are being compromised in the interest of protecting other values? Are student voices included in key decisions? If so, which voices? How could new initiatives better center student learning, well-being, and development?

Over time, these approaches become an automatic or routine way of thinking. Want to learn more? For examples about higher education administration for social justice and equity around every facet of campus operations, from budgets to facilities to institutional research to planning to decision making, see Kezar and Posselt (2019).

Kezar, A. (Ed.). (2010). Recognizing and serving low-income students in higher education: An examination of institutional policies, practices, and culture. Routledge.

Adrianna Kezar, PhD, is the Wilbur-Kieffer Endowed Professor and Rossier Dean’s Professor in Higher Education Leadership at the University of Southern California.