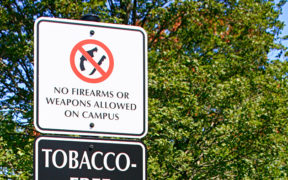 It is hard to believe that the Columbine High School shooting was 19 years ago. The actions of the two suburban Colorado high school seniors who went on a shooting spree killing 13 people and ... 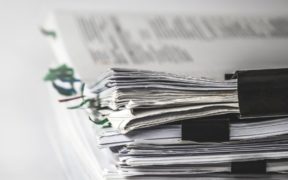 In a long-anticipated move, the United States Department of Education Office for Civil Rights (OCR) withdrew the Obama administration’s 2011 “Dear Colleague” Letter on sexual violence as well as its “Questions and Answers on Title ... 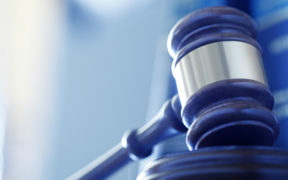 In recent years, there has been a sea change within higher education’s treatment of sexual assault. Educational institutions now investigate and adjudicate reports of sexual violence independently of law enforcement. How and why are our ...

Magna Publications © All rights reserved.
It is hard to believe that the Columbine High School shooting was 19 years ago. The actions of the two suburban Colorado high school seniors who went on a shooting spree killing 13 people and wounding over 20 others before taking their own lives should have been a clarion call for common sense gun control. Sadly, the nation would hear the same refrain in 2012 in the bucolic Connecticut town of Newtown at the Sandy Hook Elementary School massacre, where the 20-year-old gunman shot and killed 20 six- and seven-year-old children and six adult staff members before killing himself. Since 2012, other mass shootings have taken place; most recently, the tragic shooting at Marjory Stoneham Douglas High School in Parkland, Florida, on Valentine’s Day. This time there is a sense that things are different and that “Enough is Enough.” The #NeverAgain movement started by the Parkland teenage survivors has garnered international attention culminating in a “March for Our Lives” rally on March 24th with 800,000 taking to the Washington, D.C. streets (with sibling marches and rallies in other cities around the country and globe) putting politicians on notice that action is demanded. Similarly, higher education has not been immune to senseless gun violence on campus. The Virginia Polytechnic Institute and State University (Virginia Tech) shooting on April 16, 2007 that killed 32 people was its Columbine moment. That “bloody Monday” in Blacksburg at the hands of an automatic weapon was the worst mass shooting in US history at the time, but sadly not the last. In fact, just two weeks after the Parkland school shooting there was another tragic incident at Central Michigan University’s campus in Mount Pleasant where a college sophomore shot and killed both of his parents in the dormitory as they came to pick him up for Spring Break. Even as long as 51 years ago there was a shooting incident at the campus of the University of Texas in Austin that was ranked at the time as one of the deadliest mass shootings in our country’s history. Yet many young people were virtually unaware of sniper Charles Whitman’s 90-minute shooting spree from atop the landmark clock tower on August 1, 1966 (that killed 14 people and injured 31 others) until August 1, 2016 when the university hosted a ceremony and unveiled a memorial on the 50th anniversary. Ironically, that long-overdue memorial coincided with the inception of Texas' “campus carry” law, which allows concealed handgun license holders to carry weapons into public university buildings, classrooms, and dorms. The “only way to stop a bad guy with a gun is a good guy with a gun” trope is certainly catching on with increasingly popular “campus carry” laws that, if passed, allow states the flexibility in implementation at public colleges and universities. Although backed by the gun lobby, these laws are opposed by many campus law enforcement groups, as well by many students, faculty, and college presidents. Ten states have already passed laws permitting the carrying of concealed guns on college campuses (e.g., AR, CO, GA, ID, KS, MS, OR, TX, UT, and WI) and similar campus carry bills are now being considered in over a dozen other states. College is an increasingly stressful time for students due to academic pressure, financial stress, parental expectations, etc. There is vast research suggesting an increasing mental health problem (see the National Institute of Mental Health studies) and it is not just a college student crisis. However, student depression and anxiety are realities for many (see the Association for University and College Counseling Center Directors) and student suicide (see the JED Foundation) is the second-leading cause of death among college students. If one factors in underage and binge drinking statistics (see the National Institute of Alcohol Abuse and Alcoholism), and increased drug usage (see the National Institute on Drug Abuse data), it is clear that allowing easy access to guns is not such a good idea. Since the Parkland shooting, we have heard a lot about the prospect of arming teachers. The school superintendent of the Blue Mountain School District in northeast Pennsylvania recently came up with his own novel idea for dealing with an active shooter on a school campus—arming the teachers and students with buckets of rocks to throw at a classroom intruder. Each classroom there now has a five-gallon bucket of river rocks inexplicably kept in the closet to stone an armed assailant. The American college campus is one of the few places on earth where people from so many diverse backgrounds come together for a common purpose. Our college campuses have become increasingly divided politically and basic free speech is being challenged daily. We have also seen an uptick in sexual assault and other violent crimes as our campus police strive to provide safe environments. Clearly, allowing students to keep guns in their dormitories, carry them into classrooms, to college parties, or to sporting events only exacerbates matters for all and is not a sound solution. Our college campuses should be safe havens for teaching and learning where exposure to diverse views is encouraged, discovery is valued, and families do not have to worry about sending their loved ones. Robert W. Hill, EdD, is professor emeritus at Nova Southeastern University.