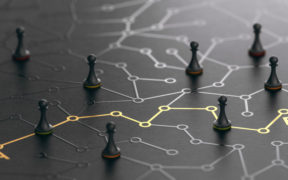 Planning is often criticized in management books as well as in universities and corporations. History provides many examples of failures in planning. The Maginot Line in World War II was built to address the challenges ... 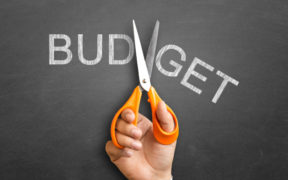 Budgets and Finance
How to Lead through Budget Cuts
James Goodrich November 16, 2020

As the pandemic rips through university plans and budgets, many of us in positions of leadership are called upon to make significant budget cuts. Not the slow, incremental kind, but significant cutbacks that will affect ...

Planning is often criticized in management books as well as in universities and corporations. History provides many examples of failures in planning. The Maginot Line in World War II was built to address the challenges of trench warfare and not attacks of tanks in a Blitzkrieg-style tactic. In the United States, notable failures to bring corporate planning to the federal government include Secretary of Defense Robert McNamara’s failure to bring effective use of General Motors’ planning-budgeting systems into defense budgeting expenditures and a variety of failures by others in Washington to find applicability of Texas Instruments’ concept of zero-based budgeting to control budget costs in a variety of federal welfare programs to eliminate bloat with 10 percent across-the-board cuts for a period of years. Perhaps some of the most profound failures were the five- and 10-year plans under Stalin and Mao, which distorted the Soviet and Chinese economies by assuming impossible productivity targets for products and an ease of adjusting plans to realities of both domestic demand and supply that their planning methods could not achieve. Similar failures of planning methods used in the US in its response to the pandemic are evident when compared to China, New Zealand, and some Scandinavian democracies.

Planning as leadership problem and failure

The Enron accounting fiasco and the behaviors of chief operating officers in recent years across a broad spectrum of firms and industries has caused the general public to not believe leaders are accountable in any serious sense. Leaders largely define plans. In academia, leaders often follow plans that worked for them in a previous institution and do not adapt them properly to the new institution they are leading. Frequently, they become enamored of the advice of a consulting company or the current rage of some conference related to planning they attended. They don’t study their institution’s history, market, or mission sufficiently to orient their plans in language and images acceptable to faculty, staff, or trustees. They don’t listen enough. Fatally, they do not listen to the cautions of informal institutional leaders regarding their tentative plans. Most often they fail to heed the most substantial criticisms that make a difference in the success of any plan. All successful plans must be communicated, be reinforced with incentives to support them, be actionable, have well defined objectives, use specific measurements of success, and, most important, provide necessary staff and adequate authority delegation to those critical for plan implementation. Each of these areas of plan development, implementation, and management can be a sufficient cause for plans not meeting expectations.

There is no substitute for a clear, well-communicated, and widely understood plan. Every successful plan will demonstrate a well-orchestrated strategy for communicating with all key constituencies who must own the plan. This will always require identifying major plan supporters and resisters. Resisters will need to meet for one-on-one conversation with leadership or its delegates over a casual lunch or coffee. Additional meetings may be necessary, especially at critical stages of plan implementation. Spokespersons supporting the plan, usually established informal leaders, must be given public opportunities to communicate the plan to build enthusiasm for it, gain respect for it, and answer questions about it. The reason for emphasizing communication of the plan first is that all sustainable, effective plans must come from the bottom up, not from the top down. All plans must focus on results. Competing with others for a narrow margin of excellence will not be as useful as finding unfilled but fiscally rich niche programs for the market.

The higher education marketplace is dynamic and constantly shifting. All plans will change before full implementation. Prepare your adaptations for likely changes in your key personnel during the time that is critical to plan implementation. Anticipate any likely responses of competitors’ marketing and investment strategies. Plans are never 100 percent when completed. Strive for an 85 percent implementation target and adjust to hit that measure of viability. A rigid plan will not work to achieve key changes in your organization’s programs and future. You will need to adjust any plan or parts of a plan to threats to its achievement whenever necessary and on a timely basis.

Henry W. Smorynski, PhD, earned his doctorate in government from Georgetown University. He has 40 years of teaching and administrative experience and has led academic administrative teams as dean, vice president for academic affairs, and provost for 22 years at five different institutions.