Leadership and Management
Path to the Presidency
Neil Trotta, EdD May 17, 2017

More than five years ago, when I embarked on my doctoral dissertation journey, I tirelessly researched presidents and each one’s path to the presidency at one specific college. What I concluded, after several interviews, and ... 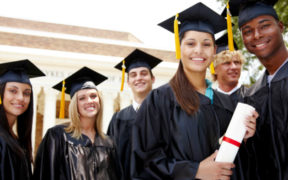 To make transformational change, one must take certain considerations into account. articles about the topic. There is a gap, however, in information about taking institutions from the undergraduate level to the graduate level. Academic leaders ...

Magna Publications © All rights reserved.
More than five years ago, when I embarked on my doctoral dissertation journey, I tirelessly researched presidents and each one’s path to the presidency at one specific college. What I concluded, after several interviews, and much research and writing, is that the path at that specific college was and is certainly a nontraditional one. There has never been a president who came from outside the institution. The presidents whom I interviewed for my research all had other careers prior to embarking on the presidency. I have continued reading, researching, and studying college presidents across the country over the last five years. Recently, I researched Steven Trachtenberg (George Washington University), Eduardo Padron (Miami Dade College), and John Sexton (New York University), to name a few. Articles are published almost every day that are directly related to the topic of the path to the presidency, and there are several books on the topic. In addition, there are organizations that publish annual reviews and other related documents on the path to the presidency. I will refer to one later in this article. As I continue my work, I have discovered that the path to the presidency remains a very nontraditional one. The traditional path to the presidency used to be that a faculty member came up through the ranks from being a professor, to department chair, to dean, to vice president for academic affairs or provost, and then to the presidency. Today, presidents frequently come from outside of higher education. We have former lawyers, business leaders (CEOs), politicians, and now, most recently, deans jumping right to the president’s office. Some of the literature suggests that this new path is a result of the dean’s role being more of a “mini” president. Deans have become fund-raisers, creators of vast budgets, visible representatives of the institution, and managers of a large staff, to name a few responsibilities. Others say that this new path from dean to president is a result of the many college presidency vacancies across the country, and this new path is a needed new pipeline of candidates to fill the vacancies. The vacancies are caused by numerous factors, such as the aging of the president or the job pressures that likely shorten some presidents’ tenures. The recent report by Deloitte’s Center for Higher Education Excellence in conjunction with Georgia Tech’s Center for 21st Century Universities titled Pathways to the University Presidency is eye-opening. Many of the reasons I cited above are covered in the report. Lawyers are a good fit as a direct result of the numerous higher education laws and regulations we are confronted with in higher education today. Politicians are also a good fit. Understanding state and federal grants and navigating local, state, and federal stakeholders are critical skills for presidents. The current president at Babson College, Kerry Healey, is the former lieutenant governor of Massachusetts, for example. CEOs are also another source of college presidents. Many college presidents today need the skills of a business CEO. The current president must understand such areas as marketing and finance. Presidents must also learn the charismatic skills of being the figurehead of the institution. The president and his or her name should go hand in hand with the name of the institution. When someone says E. Gordon Gee, you will know he is the very successful president of West Virginia University. When someone says West Virginia University, you will know E. Gordon Gee is the president. I have read many articles and reports recently that refer to the president as the “fund-raiser in chief” of the institution. Do all college presidents have this skill? What if they don’t? Many private colleges today are enrollment driven, and they must diversify revenue sources to survive. To offset the need to be enrollment driven, presidents must know how to raise money. Key donors and trustees are essential, especially in the form of business organizations. A key business partnership could result in a substantial gift and could open doors for student internships. Not all presidents have a prior career or experience in fundraising, but some do. For example, Steven DiSalvo at Saint Anselm College comes from a fund-raising background. President DiSalvo also has the distinction of being the first layperson president at his institution. A fine balance of skills is required to be a college president, and the path to the presidency is less traditional today than it has ever been. Not all institutions are the same either. Some require different skills and abilities from their president, and these can also change over time. There are still more male presidents than female presidents; that has not changed much over the history of higher education. The path to the presidency is no longer the traditional path it was two to three decades ago: become the provost and your next stop being the presidency. Provosts are not the “shoe in” candidate any longer. As I mentioned earlier, many deans are skipping the provost step and moving directly to becoming president. Many professions can lead to a college presidency, and for good reason. Will we ever see a shift back to the traditional path to the presidency? Will something come about in the higher education industry that will change things drastically? Neil Trotta, EdD, is dean of the School of Graduate Studies and associate professor at Fisher College.