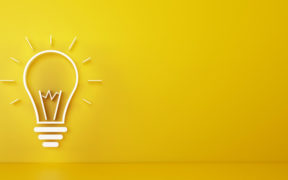 Millersville’s Open Education Working Group was initially formed by like-minded faculty, librarians, and staff who wanted to promote the use of OER across campus. The self-assembled group planned events for Open Education Week and organized ...

This article is part of our August 2020 spotlight on open educational resources. Click here to read the introduction and view the other articles in the series.

Millersville’s Open Education Working Group was initially formed by like-minded faculty, librarians, and staff who wanted to promote the use of OER across campus. The self-assembled group planned events for Open Education Week and organized a virtual conference to help broaden the understanding and use of OER. The group created an Open Textbook Initiative (OTI), which provided mentorship and financial and logistical support to faculty who desired to implement OER textbooks in upcoming classes. The working group hoped that the financially incentivized OTI would catalyze OER adoption across campus. No member of the working group received any of the financial benefits as the goal was to inspire others. To get a program off the ground, however, the group needed support from administration, including the provost and vice president of academic affairs, Dr. Vilas Prabhu.

Early in our discussions with the provost, it was clear that Dr. Prabhu wanted the Open Education Working Group to maintain its independence from management oversight. The members created the vision for the group and informed management of the progress. Dr. Prabhu supported the OTI program but communicated that he wanted to take a hands-off approach with the group and the incentivization program was critical in fostering its success. While this leadership style may not be appropriate for all leaders or in all situations, it encouraged the group’s work in the following ways:

While many administrators may not be comfortable with a hands-off approach, Provost Prabhu recognized that such a strategy would create an ideal leadership structure to support the working group and the OTI program. This allowed the group to maintain its unique structure and the flexibility to innovate independently for the benefit of the university and its students. In addition, this approach allowed the members to create, sustain, and revise the vision as desired. The members worked harder, and motivation significantly increased on account of this approach. Had the administration chosen a more hands-on approach, however, it could have stifled progress and discouraged the energy of movement. The movement continues to thrive, and a new cycle is planned for the coming academic year.

Oliver Dreon, PhD, is a professor in the Department of Educational Foundations at Millersville University and served as the director of the university’s Center for Academic Excellence from 2013 to 2020.

Alex Redcay, PhD, is an assistant professor in the School of Social Work at Millersville University.

James Delle, PhD, is the associate provost for academic administration and dean of the College of Graduate Studies and Adult Learning at Millersville University.