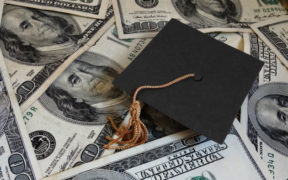 In higher education fundraising, the people who identify, cultivate, and solicit charitable contributions are critical assets. These gift officers strengthen the bonds between alumni and their alma maters by facilitating the donation of major gifts ...

In higher education fundraising, the people who identify, cultivate, and solicit charitable contributions are critical assets. These gift officers strengthen the bonds between alumni and their alma maters by facilitating the donation of major gifts (Daly, 2013; Drezner, 2011). The chief development officer (CDO) oversees and guides the entirety of the operation, articulating strategy, direction, and priorities; this includes setting performance goals for the gift officers, which delineate expected levels of achievement. Virtually every institution uses metrics that, while they may vary in their specificity, evaluate gift officers on their fundraising performance (Grabau, 2006). Certain gift officers are far more successful than others, however, leading to a vicious cycle of turnover that can harm fundraising outcomes (Iarrobino, 2006; Reeher, 2018; Shaker & Nathan, 2017). Last winter, I conducted a study to explain variations in gift officer performance at American private colleges and universities and serve as a guide to hiring and coaching gift officers and the CDOs—or academic leaders—to whom they report.

I distributed an online survey to nearly 5,000 gift officers and received 145 usable responses over a five-week period.

The first part of the survey asked respondents to identify the single in-role performance theory to which they most credited for their accomplishments in the past fiscal year. They could select from personality (with emphasis on extraversion, agreeableness, or ambition); motivation (emphasized by getting along or getting ahead); goal orientation (performance or mastery); and psychological capital. After separating the responses by performance (high and mid–low), the data demonstrated that regardless of their performance level, gift officers did not significantly differ in terms of the identified performance theory. The majority selected the theory of motivation, specifically the definition of getting along as set forth by Hogan and Shelton (1998).

Had most high-performing gift officers selected the same factor—and that factor differed from the ones that mid- and low-performing gift officers selected—it would have given CDOs some clarity during the hiring process. Generalizing the results could lead a CDO to recognize that individuals attracted to this line of work are intrinsically motivated but that some gift officers just cannot take the final steps to solicit or close gifts or both (Drezner, 2011; Hiles, 2010; Shaker & Nathan, 2017).

High-performing gift officers equally preferred leadership styles that were follower-focused and inclusive, where supervisors allow team members to voice their opinions and aid in decision-making, while also mentoring, coaching, and developing those members (Brown, 2014; Fiaz, Su, Ikram, & Saqib, 2017; Shaker & Nathan, 2017; Smith & Hughey, 2006; Vann et al., 2014). Mid- and low-level performers had no clear preference for a leadership style, demonstrating that the specific situation dictates which style they prefer. Situational leadership means that leaders apply leadership in direct response to the followers’ needs (Vann et al., 2014). Typically, followers’ levels of competence and commitment inversely relate to the amount of direction or delegation. (Thompson & Glasø, 2015). Finally, I compared high performers’ preferences and mid-low performers’ preferences and found that mid-low performers preferred supervisor-focused leadership styles to follower-focused styles. Mid-low performing gift officers want their leaders to have primary decision-making and control as well as final responsibility for the department’s operations and goal achievement. These findings are unsurprising given the mid- and low-performing gift officers’ desire for situational leadership. With the overwhelming majority of these gift officers having worked less than four years at their present institutions, it is appropriate that they would rate styles emphasizing CDOs and their direction higher than follower-focused styles.

Fundraising practitioners, including deans and other academic leaders to whom gift officers may report, can find concrete uses from the results of this study.

Most gift officers are motivated and believe that they can build strong interpersonal relationships and work well with others. The high-performing gift officers in this study also credited their self-confidence to take initiative; ability to demonstrate influence, effectiveness, and leadership; and their competitive spirit with driving their performance. Interestingly, these traits are consistent with the definition of personality, with an emphasis on ambition, as described in the literature (Elder, 2010; Hogan & Holland, 2003; Hogan & Shelton, 1998). There is insufficient information from this study to reach a definitive conclusion, but it would reasonable to state that gift officers who are both motivated and ambitious are likely to outperform their peers. When interviewing gift officer candidates, hiring managers could pose similar in-role performance questions to them.

As gift officers increase their tenure with an institution, CDOs can shift their leadership styles from directive to inclusive, from supervisor-focused to follower-focused. This approach, when coupled with clear performance metrics, coaching, and professional development or education, can assist in retaining high-performers and improving the performance of mid- and possibly low-performers. If the gift officer was a strong performer at another institution, then the leader can quickly switch directive styles. But if a different gift officer had a tentative start and did not surpass a middling level of performance, they will likely tuck in and remain at that institution for an extended period of time—and never improve their performance. Unfortunately, it may be necessary for the CDO to manage that individual into a new role or to a new institution or both.

College and university presidents, deans, and center and institute directors seeking to hire their next CDOs can also benefit from this study’s findings. They can guide hiring managers to seek CDOs who exhibit follower-focused leadership as these characteristics can successfully steer any team. They involve gift officers in decision-making and cultivate gift officers’ decision-making abilities; serve as mentors, especially during times of change; and are open to others’ ideas but guide gift officers to become stronger employees. Hiring managers can identify these leaders by asking scenario-specific questions to elicit descriptions from CDOs’ prior experiences. For example, “Tell me about a time that you oversaw an organizational change. What would your previous team say about your views on professional development? How do you involve your team in the decision-making process?” While it is never easy to make hiring decisions based on only a few hours of someone’s time, the results of this study can perhaps guide academic leaders to making more effective hires.

The question is not why some gift officers perform better than others but rather which gift officers, when working with which leaders, can perform the best.

Daly, S. (2013). Philanthropy, the new professionals and higher education: The advent of directors of development and alumni relations. Journal of Higher Education Policy and Management, 35(1), 21–33.

Vann, B. A., Coleman A. N., & Simpson, J. A. (2014, September). Development of the Vannsimpco Leadership Survey: A delineation of hybrid leadership styles. SBS Journal of Applied Business Research, 3, 28–47. Retrieved from https://jabr.sbs.edu/SBS_JABR_Vol3.pdf

Carrie Collins, JD, PhD, is the chief advancement officer at the Philadelphia College of Osteopathic Medicine.