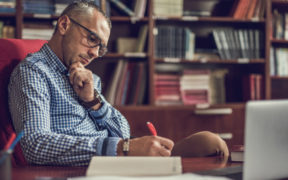 So You Want to Be a Department Chair: Embarking on an Administrative Career at a Two-Year College
Rob Jenkins August 15, 2019

...colleges do not hold terminal degrees. Nor do many department chairs or even deans, especially at small, rural institutions. Even if you lack a doctorate, depending on the custom and...

...changes, pedagogical approaches, and student learning outcomes. Our new book, The Department Chair as Transformative Diversity Leader (Stylus, 2015), is the first research-based resource on the chair’s role in diversity... 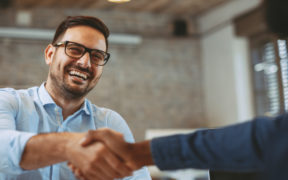 Creating a Strong Chair-Dean Partnership: What Chairs Can Do from Their End (Part 1)
Simon J. Rhodes and N. Douglas Lees December 1, 2018

In viewing the organizational structure of our colleges and universities, there is a common hierarchy of faculty, chairs, deans, and higher administration that includes a president or campus leader and... 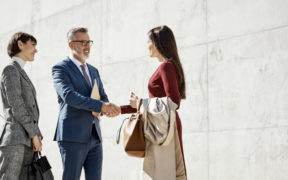 ...departments in external funding, and faculty and/or staff efforts to improve student career advising), deans will often say things such as “Under the leadership of the chair, Dr. Johnston .... 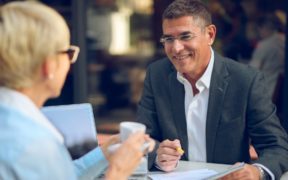 Creating a Strong Chair-Dean Partnership: What Chairs Can Do from Their End (Part 2)
Simon J. Rhodes and N. Douglas Lees January 14, 2019

...the resources and leadership necessary for chair success. What we have attempted here is list some areas of chair work that, if discharged appropriately, will allow deans to focus on...

Department chairs can play a significant role in promoting collaboration and cooperation for the benefit of individual faculty members and the unit. In an interview with Academic Leader, Patrick Lawrence,... 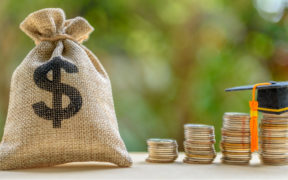 ...universities, those tasked with these responsibilities are expanding to include not only professional fundraisers but also those on the academic side of the house. Deans, associate deans, department chairs, and...

A Systematic, Reasoned, and Compassionate Approach Almost every academic leader will have to successfully work through an experience that leads to considering separation of some member from the Academic Affairs... 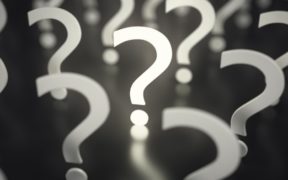 My previous article for Academic Leader was for reluctant administrators—those who don’t necessarily aspire to leadership positions but find themselves, for whatever reason, thrust into the role. This time, I’d like to address faculty members who do want to climb the administrative ladder, particularly at two-year colleges.

As I noted in my earlier piece, institutions always need skilled managers to fill administrative roles—especially at the department level, where most of the work of a college gets done. If you are potentially one of those people, here are some things to keep in mind as you contemplate your next career move.

As I intimated above, there are many reasons for wanting to become an administrator. Before you even apply for that first administrative position, step one is to ask yourself, “Why am I doing this?”

One possibility is that you believe you have something to offer: organizational or administrative skills, an empathetic ear, a desire to serve others, an ability to inspire and motivate people. You might feel a sense of duty to put those attributes to work for the benefit of the department and institution, and administration appeals to you for that reason. That’s a good thing. We need more people with these kinds of skills who feel this way.

Perhaps you also want to increase your salary, have a seat at the table when important decisions are made, build a long-term career in academic administration, or some combination of the three. You might even aspire to be a college president one day. Or maybe you’re just tired of poor leadership at the department or division level and figure you’ll give it a try yourself—You couldn’t do any worse, right? These are all legitimate reasons for wanting to advance.

Your degree may matter

Most faculty at two-year colleges do not hold terminal degrees. Nor do many department chairs or even deans, especially at small, rural institutions. Even if you lack a doctorate, depending on the custom and culture at your college, you may still be a strong candidate for a low-level administrative position, such as department chair.

It’s extremely difficult to reach the upper levels of administration, such as vice president or president, without a doctorate. Many two-year schools even expect their deans to hold terminal degrees. So if you aspire to any level of administration beyond chair, you’ll almost certainly need that doctorate—which means you may have to go back to school. In fact, if that’s the case, I would recommend that you do so before you start applying for administrative jobs. Obtaining it will make you a stronger candidate in the long run, and once you’re a department chair, you may well find that you don’t have time to go back to school.

If you’re a faculty member who has never held an administrative appointment, and you’re thinking about applying for that department chair position next time it comes open, one of the main things you need to do right now is add as many leadership roles to your CV as possible.

You may think that if you’re not already an administrator, leadership opportunities might be hard to come by. Au contraire. There’s not a campus in the United States that isn’t brimming with such opportunities, from chairing committees to sponsoring student clubs to organizing the department holiday social. Moreover, as any department chair will tell you, there is generally a dearth of faculty who are eager or even willing to fill those positions.

No, you can’t necessarily control which committees you’re asked to chair. But you can certainly volunteer when you see something big—like a faculty search or course assessment—on the horizon. Again, chairs and deans are constantly on the lookout for people willing to accept difficult assignments; adding your name to the list can’t hurt your prospects. And of the other activities mentioned above, you probably can have some control over most of them. It’s unlikely that anyone will object to your taking on the holiday social, and that mid-career colleague who has sponsored the math club for the past 20 years might well be ready to hand off the responsibility—or at least welcome a cosponsor.

If you think such undertakings are insignificant compared to formal administration, you’re wrong. All of them show that you possess initiative, leadership ability, and perhaps even competence, assuming you do a good job and don’t tick off too many people in the process. Remember: on the academic side, no one starts out as an administrator. If you want that search committee to select you as the next chair when you’ve never held an official leadership position, you’ve got to show them that you have what it takes to lead people and manage resources.

One thing I’ve noticed during my 34 years in higher education is that the people who most fervently desire to be in charge are often those the rest of us would least like to work for. Such administrators lead with arrogance and quickly lose the good will of their colleagues, whose cooperation is key to their success. Don’t let that be you.

The key is to remain humble. So you have some skills and attributes that you believe will make you an excellent department chair? Think you can handle the position better than anyone else, including the person who currently holds it? That’s fine. Confidence is good. If you don’t believe you can do the job well, there’s no point in pursuing it to begin with. Just don’t let that confidence mushroom into conceit—and don’t assume your aspirations alone make you better qualified to lead than anyone else.

Those who hesitate are lost

When the time comes—when there’s an administrative job available that you believe you’re well-qualified for—don’t hesitate to toss your hat in the ring. After all, the initial step to becoming an administrator is simply applying for that first job.

Even if you fail the first time around, the experience of having been a candidate will likely prove beneficial. Being involved in the search will put you out there, especially among upper-level administrators, as someone to keep an eye on in the future. It will also give you a better feel for the selection process, so you’ll be an even better candidate next time around. And you never know what can happen. I have a friend at a large, Southeastern community college who finished second in her department’s chair search. Six months later, when the chair stepped down for personal reasons, she was given the job.

Of course, if you fail in your first bid for chair, you might not want to wait around another four or five years until the job reopens. In that case, if you’re truly set on an administrative career, you probably need to look around and see what’s available elsewhere. Remember that climbing the administrative ladder may well necessitate moving—and the higher you get, the truer that becomes. Each campus may have several chairs but only a handful of deans, two or three vice presidents, and one president.

If nothing I’ve said has discouraged you, then you’re probably ready to start your move into administration. In that case, I wish you luck and will keep a good thought for you. As I said, to be successful (or even functional), colleges need skilled, diplomatic people serving as department chairs, deans, vice presidents, and presidents. I hope you’re one of them.

Rob Jenkins has spent 34 years in higher education, 20 of those as an administrator. He is currently an associate professor of English at Georgia State University Perimeter College and a senior fellow at the Academy for Advancing Leadership. A frequent contributor to the Chronicle of Higher Education and other publications, Rob is also the author of five books, including Welcome to My Classroom and The 9 Virtues of Exceptional Leaders (with Karl Haden), and Think Better, Write Better. Follow him on Twitter @HigherEdSpeak.